The first six weeks of a ten week run have been completed in Season 2 of Big League with six different players each claiming a weekly win.

This season begun, as Season 1 had done, with Shelley McDermott reaching the final in the first three weeks, but unlike Season 1, Shelley only won three of those matches, beating Jamie Whittaker 5-2 in Week 1.

Week 4 saw Steve Dutton on fire as he put on a stunning show in the Group Stages, winning seven from seven, dropping just a single frame (to Richard Meek) across those seven matches.

Steve continued that form for the first three frames in his Semi-Final match against Season 1 Overall Champion Julian Lefevre before it all went wrong for Steve as Julian won four unanswered frames to take the match 4-3 before beating the Week 2 winner Colin 5-4 in the Weekly Final.

Julian's New Zealand "B" teammates Brian Keeble and Jamie Whittaker won Week 5 and Week 6 respectively with Jamie's his first Weekly Final win after losing in the final in both Weeks 1 and 5.

As it stands at the moment, the following 8 players would qualify:

And the rest of the leaderboard:

Good luck to all players who play the remaining four weeks before the Season 2 Final Week on Saturday 24th March. 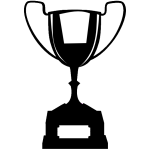