The final of the 2021 - 2022 AIPL Singles took place yesterday evening, at the Rivets, before the annual Presentation Evening. The final was between Jamie Whittaker of New Zealand "B" and Steve Dutton of Shootpool Sharks.

Jamie's route to the final was an impressive one. After getting through a first round group that included two time champion Larry Baker, he then whitewashed Colin Rogan and Wayne Thorne in round 2. He then had a 4-0 against Kevin Smith in the quarter finals, before edging past team mate Paul Kanchanlall 5-4 in the semis.

Steve also had a great run to get to the final. He didn't drop a frame in the two group stages, winning four games 3-0 to make it to the quarters. A 4-2 win against Ash Robinson in the quarters was followed by a 5-3 win in the semi finals against Paul Ives.

History was on Jamie's too. He held an 11-1 head to head record over Steve across all competitions, with Steve's only win coming in a Felix Cup match back in 2018.

After Steve won the lag, the first frame could have gone either way with both players having chances to clear, but a missed chance of a double on the black from Steve left Jamie with a simple pot for 1-0. It was soon 2-0, as Jamie took out a lovely break and dish clearance to double his lead. A dry break from Steve brought Jamie back to the table, but after potting four he couldn't quite complete the clearance, so played a good safety to keep control of the table, and completed the clearance on his next visit to the table for 3-0. Jamie potted the white on the break in the next frame, and Steve used the visits to pot four and leave one over a pocket. But a few safety shots from Jamie and a couple of fouls from Steve later, Jamie was in a position to take out a clearance, which he took out well. The fifth frame was a scrappy one, but a missed long last red from Jamie handed Steve a chance to win, and he potted the last few balls well to get off the mark at 4-1. Jamie then made it 5-1 after taking out a nice 6 ball clearance following an in-off from Steve. A missed pot after the break from Steve gave Jamie a chance to win, but after an amazing length of the table double, he rattled his last yellow to give Steve one last chance to clear. But after over running the white on the last red, the ambitious attempt at a quadruple on the black narrowly missed, leaving Jamie two pots for the title, which he took calmly out to claim the 6-1 win.

Congratulations to Jamie for his maiden AIPL Singles title. 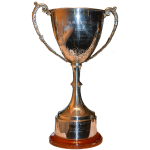