8 Become 4 In Both Summer Comps

Group A winners SP Blacks came through 6-4 winners against Shootpool, but didn't have it their own way, as after SP Blacks led 3-0, Shootpool won the next four to lead 4-3, before a second for Adam Jackow levelled the match, and then SP Blacks won the final two frames to safely reach the Semi Finals.

Group B winners Fubar also made safe passage to the Semi's and made easier work of Shit A Brick, winning 6-2 on the night. After Fubar took a 3-0 lead, Shit A Brick pulled two frames back, but second wins for Martin Langley and David Feoreb wrapped up the win for Fubar.

Group A runners up We All Need Kev fell to a 6-5 defeat against 3rd placed Group B side The Roths. The match saw We All Need Kev take several leads in the game, but we're airways pegged back. During the match, Kevin Smith and Phil Crow won twice for We All Need Kev, as did Rory Sore for The Roths, but it was the pair of Dan Hare and Darren Owen that won the scotch doubles decider for The Roths.

Semi-Finals (to be played 31st August)

Fubar vs The Roths (preview)

Top seeds from Group A, The Vic Club, had easy passage through to the Semi Finals of The Shield with a routine 6-1 home win against Misfits. Darren Stone won twice on the night for the hosts, who only dropped the fifth frame on the way to victory.

The Group B top seeds matched that victory however, as Honey Bee Stingerz secured a 6-1 home win against Top John, with Paul Seastram winning twice on the night, and remarkably with the hosts also dropping frame 5 as well.

The only 'unseeded' victory of the round came from Weavers' Beavers & Balls, who won 6-1 away from home against Dairy Maid Krazies, with 6 different players winning on the night.

The final game saw Richard Edney win twice as The Dairy Maid took an early 3-0 lead on their way to a 6-4 home win against Ari Potters.

Semi-Finals (to be played 31st August) 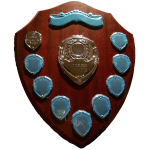 Review of SF Stage of Summer League & The Shield.

8 Become 4 In Both Summer Comps

Review of QF Stage of Summer League & The Shield.

Still Lots to Play For After Penultimate Summer League Week