With previous leaders Hot Shots on their bye week, Weavers' Beavers & Balls moved eight points clear at the top of the Division 2 table, with half the matches played of the season, after they were awarded the 9-0 win against The Ari Chicks, who were unable to field a team, so had to forfeit the match. It was the 7th win in 8 matches for the league leaders, and sent The Ari Chicks back to the bottom of the table< falling two points behind their nearest competitors.

The C Team came out the traps fast in their match this week, and won six of the first seven frames on their way to a decent 9-3 home win against 5th placed Nomads, as the hosts remained in third place in the table with the win. On the night for The C Team, there was two wins each for John Donnelly, Dave Coleman and captain Jake Bartlett.

Ari Potters also remained in fourth place in the table with a narrow 7-5 home win against 8th placed The Feathers. Ari Potters were in control for most of the match, as double wins from Nathan Davis and Sam Arnold helped their team into 4-1 and 7-2 leads during the match, but The Feathers fought back well, and late second wins for James Shields and Dhiren Patel kept the defeat down to a minimum.

The final match of the week saw Dairy Maid Krazies move up to 6th place at the expense of their opponents, after they won 8-4 at home against Misfits, who drop down to 7th spot. Steve Williams and captain Kathryn Brennan won twice on the night for Dairy Maid Krazies, as did Alan Carter in reply for Misfits.

January starts with AIPL Singles Round 2, and then the AIPL Knock Out Cup / Plate Cup R1 the week after, before the league season returns with Week 10 on the 25th January. The big match of the week sees league leaders Weavers' Beavers & Balls hosting 3rd placed The C Team, while 2nd placed Hot Shots travel to 7th placed Misfits. Elsewhere, 5th placed Nomads will be looking to end their 5-match winless record as they travel to 8th placed The Feathers, while 6th placed Dairy Maid Krazies are also away against bottom side The Ari Chicks.

The Feathers vs Nomads (preview) 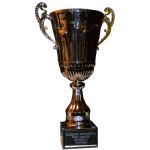