League leaders Dirty Ari won 7-5 at home against 5th placed Dairy Maid 'A' to ensure they took a 13 point lead into the Christmas and New Years break, as well as remaining one of only two teams across all divisions to remain unbeaten for the season so far. Dirty Ari led 4-2 at half way, before the two sides shared out the final six frames. Paul Freshwater won twice on the night for Dirty Ari, as did Paul Harker for Dairy Maid 'A'.

Shootpool remain in third place after they won their fifth straight league match, winning 8-4 away from home against Top John, who drop to 6th with the defeat. After the first half finished level at 3-3, Shootpool won the next five frames to claim the victory, a run that included second wins of the evening for the trio of Mike Collins, Nathan Brooks and captain Teresa Collins.

The Roths stay in 4th place in the table, but were also victorious this week, narrowly winning 7-5 at home against 8th placed Wonky Shot. Neil Roberts and Vince King both won twice on the night for The Roths, as did Jake Welsh in reply for Wonky Shot.

Two wins for debutant Arfhan Liaqat was the difference as 7th placed Washington Weavers narrowly beat bottom side Kennedy GC to increase the gap between themselves and the bottom two. Despite trailing 2-0, Washington Weavers led 4-2 at half time, and the game progressed to 5-5 before the visitors won the final two frames for the victory.

January starts with AIPL Singles Round 2, and then the AIPL Knock Out Cup / Plate Cup R1 the week after, before the league season returns with Week 10 on the 25th January, and the league leaders start again with their bye week, but they will remain top after GW10, unless 2nd placed Shootpool Blues get a 12-0 whitewash in what should be a close game against 3rd placed Shootpool. 4th placed The Roths will be hoping for a close game in that one, as they will be looking to close the gap as they host bottom side Kennedy GC. Elsewhere, 5th placed Dairy Maid 'A' host 7th placed Washington Weavers, and 6th placed Top John travel to take on 8th placed Wonky Shot.

The Roths vs Kennedy GC (preview) 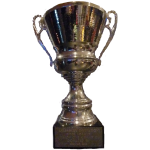