The Shootpool Monday Singles Pool League brought world rules to Aylesbury in August 2011, giving players the chance to learn them before their introduction in the AIPL the following season.

After nine seasons at Shootpool, the league is now played exclusively at Shoot Pool & Snooker on Mondays Nights from 8pm for Season 10 onwards. The league is open to anyone who wants to play or learn, and is structured to ensure that players of similar abilities are placed in the same divisions offering a challenge to those experienced players whilst a more relaxing experience to beginners. Each match consists of 9 singles frames, with players earning a point for each frame won.

With a record 64 players in the league for season 11, there are four divisions, starting with the top flight Dom Perignon, followed by Veuve Clicquot, Cava and Asti. With 4 divisions, matches are played every other week and the match times alternate between 8pm and 9:30pm.

A League Cup has been run for the last six seasons, with the first two and last three all won by David Feore, with Martin Langley winning in Season 7.

Danny Mobey won the Asti title after winning his last match of the season 8-1.

Daniel Englefield was finally crowned Cava champion but the battle for second still goes on.

Daniel Englefield wins his final match 5-4 but waiting on other results before title confirmation.

Mobey leads by two ahead of final week in Asti

Danny Mobey will take a 2 point lead over Ryan May into the final week.

There are sixteen matches still to play as Dom Perignon enters final week.

Arron Flanagan wins twice and ends the title challenges for both of his opponents.

Tight at the top of Asti with two weeks to go

It's tight at the top of Asti with three players still in the title hunt.

Englefield dominates Playford to all but seal Cava title

Daniel Englefield beats title rival Nigel Playford 8-1 to all but seal the title.

Andy Revie ends his season on 78 points giving the other title challengers their target.

Level at the top in Dom Perignon

David Feore and Jamie Whittaker are level on points at the top of Dom Perignon. 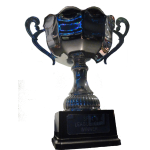 Alongside this league, the venue hosts a Sunday Blackball Pool League and has 10 pool teams that play in the AIPL and/or Summer League played on Wednesday evenings. It also hosts pool tournament events including Big League.

The SPSL has been running for 11 seasons now across 4 divisions and you can compare yourself against other players in the rankings or just see which players have won the most games.

You can view the combined rankings from all leagues here, or individually for the Dom Perignon, Veuve Clicquot, Cava or Asti divisions.