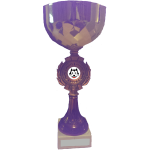 The Shootpool Monday Singles Pool League brought world rules to Aylesbury in August 2011, giving players the chance to learn them before their introduction in the AIPL the following season. The Premier Division was founded that first season with 8 players taking part in the competition.

Played exclusively at Shootpool on Mondays Nights from 8pm the league is open to anyone who wants to play or learn, and the league is structured to ensure that players of similar abilities are placed in the same divisions offering a challenge to those experienced players whilst a more relaxing experience to beginners.

The Felix Cup is a friendly competition that pitches Shootpool Monday Singles Pool League players against one another depending upon who they play for in the AIPL, with Shootpool based team players on one side as Shootpool Players against players who play for other Aylesbury based teams as Aylesbury Players.

12 players comprise each team, with two players qualifying automatically from each division based on finishing position, a captain and three wildcard players who are picked by the captain.

The match is spread over two weeks, with the first week containing Doubles and Scotch Doubles and the second week Singles frames, with each player playing once in each format.

Aylesbury Players won the inaugural Season 7 competition, never trailing in the match as they won 14-10.

Aylesbury Players successfully defended the Felix Cup with a 13-11 victory over the Shootpool Players.

Felix Cup poised 6-6 at the half

The Felix Cup is perfectly poised 6-6 at half time after the doubles and scotch doubles were played last night.

The second Felix Cup will be held on 3rd & 10th October.

Aylesbury players were victorious over Shootpool Players in the inaugural SPSL Felix Cup competition, never trailing once in the match across any of the three sections, as they won the singles section 8-4 to run out 14-10 winners.

Felix Cup all square at half time

The Felix Cup is all square at half time with Shootpool and Aylesbury teams both winning a doubles section 4-2 to share the spoils ahead of next week's singles matches.

* denotes rookie making their debut in this competition this season.