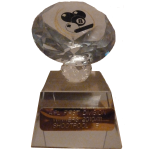 The 2010/11 AIPL season is over and all of the champions have been handed their trophies. But before we turn our attention to next season, here's the Roll of Honour.

Rule Britannia as champions are crowned

Britannia 'A' are Premier Division champions yet again as they secured their third title in five years, just a month after their title chances were written off after they lost for the fifth time.

Yeoman Veterans pulled out all the stops to secure a fine 5-4 away win in the Premier Division, whilst Weavers moved into 2nd place in Division 1 with a resounding 8-1 victory.

Yeoman Veterans' unbeaten league record in the Premier Division is in tatters thanks to the Britannia 'A' who won a gripping match that left the Veterans players shell shocked.

Rule out Britannia after latest defeat

Yeoman extend lead at the top

In the race for the title, Yeoman Veterans take full advantage of their main rivals not playing, as they crushed Bucks Yeoman 8-1 to move four points clear at the top of the table.

The race for the Premier title takes another fascinating twist as the league leaders Britannia 'A' lose yet again.

Yeoman Veterans win but lose further ground on the leaders Britannia 'A' and Millwrights hopes of promotion from Division 1 are dealt a blow.

Britannia 'A' sweep aside Yeoman Spartans to take an eight point lead at the top of the table thanks to an 8-1 win.

Aston Clinton Sports & Social Club earn the performance of the week honours after restricting the knockout cup finalists Victoria Club 'A' to a tight scoreline in their match.

Britannia up in Arms after shock defeat

Premier Division leaders Britannia 'A' see their perplexing season continue as they go down 5-4 to mid table Rothschild Arms and Shootpool 'B' come up against a spirited Weavers team.

Credit for Jack the lad in loss to title chasers