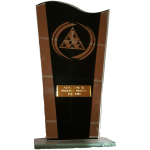 Honey Bee have moved to within three points of leaders Top John after an emphatic 10-2 win over the new bottom side The White Swan. Top John still remain top however, after an impressive 8-4 win away against 4th placed Shootpool Ringers. Kingsbury cemented their place in third as they fought back well to claim a 6-6 away draw against 5th placed Dairy Maid. The Green Man have moved off the bottom of the league as they drew 6-6 at home against Shootpool Sirens..

Top John and Honey Bee both won 8-4 in their matches, against The Green Man and Shootpool Sirens respectively. Kingsbury slip a point further behind in third after a 7-5 win over Shootpool Ringers, and Dairy Maid move up to fifth after beating White Swan 7-5.

Top John are now 5 points clear at the top after their convincing 9-3 win over White Swan, largely thanks to James Wood, Liam Smith and Jordan Maxwell Hoff all winning twice on the night. Honey Bee remain in second after their 7-5 win at home against Dairy Maid. Kingsbury current progress hit new heights as they whitewashed Green Man 12-0 to move into third place. Shootpool Ringers drop to fourth as they struggled to a 6-6 draw with rivals Shootpool Sirens, who stay fifth themselves.

In Division Two, Shootpool Ringers are a point clear after they swept aside 5th placed Kingsbury 9-3. Honey Bee drop to second, but remain 100% after a convincing 8-4 win over 7th place Shootpool Sirens. Dairy Maid are up to third after they beat 6th place White Swan 8-4, and Top John are up into fourth place after they also won 8-4, against The Green Man, who stay 8th.

The Vic, Shoot 8-Ball and Honey Bee league leaders in their respective leagues.

Kingsbury are leaders in Division Two after they swept aside The Green Man 9-3 whilst Honey Bee are the only 100% team left in the division after they secured their second consecutive 7-5 win.

In Division Two, league newcomers Shootpool Sirens had a sensational debut as they beat Top John 7-5. Honey Bee also debuted with a 7-5 against Shootpool Ringers, while Green Man managed a 6-6 draw with Dairy Maid despite only having 4 players available. Lastly, White Swan drew 6-6 against Kingsbury.

04/11/2015 -3 points Shootpool Ringers did not show up to the match, and gave no prior warning to opposition.