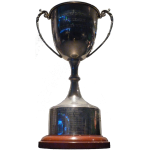 Shootpool dominate the line up for the Semis

Shootpool have three of the four pairs left in the AIPL Doubles competition.

The draw for the AIPL Doubles First Round has been completed..