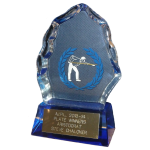 All-Aristocrat final in the Plate

With the matches that were played, there was a chance of either an all-premier final, an all-division one final, or an all-venue final. But it was two teams from Aristocrat that came through the two semi finals.

In-depth preview of the two semi-finals being played this week in the AIPL Plate Cup.

Cotton Wheel will host close neighbours John F Kennedy in the first round of the Plate Cup.