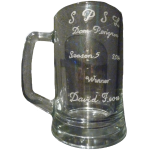 The SPSL and Summer League presentation night will be held on Saturday 20th September.

With three matches postponed, there were only two matches played this week in Dom Perignon, with a big win for Jarrad relegating Rob Marshall.

Three matches go down to the wire

3 matches in Dom Perignon go down to the final frame in week 7.

Dave Feore takes sole leadership of the all time division rankings in the SPSL top flight division and edges closer to his hat-trick title.

David Gray and Paul Kanchanlall both won to keep the heat on the leader David Feore as we pass the halfway stage in Dom Perignon.

The Song Remains The Same

One frame separates the top two

Round 3 in the SPSL Dom Perignon division sees Feore and Kanchanlall stay unbeaten after both win, with Feore top by virtue of winning one frame more.

Dave wins two matches to move into 3rd in the league as the Dom Perignon Divisions plays the week 2 matches.

A preview for the upcoming season in the Shootpool Monday Singles Pool League "Dom Perignon" division.